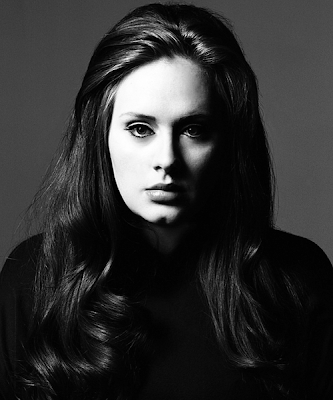 Adele Breaks Another US Chart Record
She's become the first UK act to top the Billboard countdown for 16 weeks...
14:01, Friday, 20 January 2012
Adele has reached yet another milestone in the US, becoming the first British artist to spend 16 weeks at No.1 in the Billboard charts.

The Someone Like You singer has broken a joint record previously held by The Beatles and Pink Floyd with her smash hit LP, 21.

Both legendary bands held the US top spot for 15 weeks, with Sgt Pepper's Lonely Hearts Club and The Wall albums.

After managing to shift another 104,000 copies of her sophomore album, the 23-year old has now eclipsed both classic albums.

In other Adele news, Jessie J has insisted that the Rolling In The Deep hitmaker will "come back stronger" after her recent throat surgery.

The Domino star also claimed that Adele deserves all the prizes she is nominated for at The Brit Awards 2012, despite being her main competition.

Jessie told the Daily Star: "It's the year of the Cockney. Me and Adele, it's the accent innit? I love Adele. I know how it feels to be ill and to have to sit and be quiet.

"She'll come back, and stronger. She deserves all the accolades. You really look forward to the Brits because everyone enjoys it and everybody is friends."

Adele also hit the headlines this week to address rumours concerning the marital status of her new man Simon Knoceki, writing on her blog that the charity boss "has been divorced for 4 years."
Posted by The Tube at 06:47