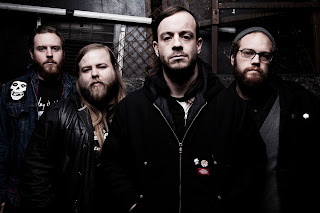 head up the second raft of acts announced for this year's Hit The Deck festival.

The latest announcement for the six-stage indoor festival also brings Rolo Tomassi, Bury Tomorrow, Spy Catcher and I Am The Avalanche, among many others. Cancer Bats are also set to showcase their Bat Sabbath alter ego with a dedicated set of Black Sabbath covers.
They join the previously announced Kids In Glass Houses, Deaf Havana, The Wonder Years and We Are The In Crowd at the April 22 event, which takes place across a host of venues in Nottingham.
Posted by The Tube at 07:54