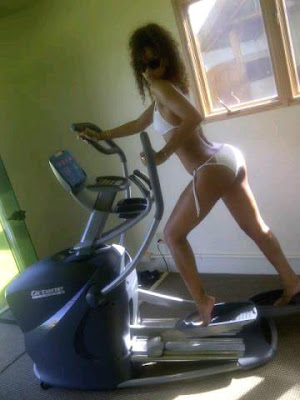 Chris Brown Rep Rihanna & Breezy "Are Just Friends"
Despite the rumours, RiRi is NOT reuniting with her ex-boyfriend...
09:41, Friday, 20 January 2012
A representative for Chris Brown has slammed reports suggesting that Breezy and ex-girlfriend Rihanna are rekindling their romance, insisting they are "just friends."

It has been almost three years since Breezy assaulted then girlfriend RiRi, with rumours spreading that the former couple have been hooking up for months.

Sources recently told Us Weekly that Brown and the We Found Love singer "meet up very casually," adding: "She comes to see him anytime she's in L.A.

"Rihanna loves to live dangerously, and talking to and hooking up with Chris is all part of that."

Another mole, thought to be an industry insider, also claimed: "They can't get enough of each other. I don't see it ending well."

It was even suggested that RiRi was upset after Chris got a tattoo of his current squeeze, Vietnamese model Karrueche Tran’s face on his left arm, jetting off to Hawaii to 'escape her heartbreak.'

A spokesperson for the Yeah 3x hitmaker has now denied all allegations that Brown is back with Rihanna, telling ABC News: "He and Rihanna are just friends. He is with his girlfriend, Karrueche, and is not cheating."

While Chris is speaking out against the reports, instead of responding to the rumours, Rihanna has been posting a series of vacation photos on her Twitter. In them, she's seen posing on the beach in her bikini, hanging with her friends on a surfboard and working out in a bikini.
Posted by The Tube at 02:05