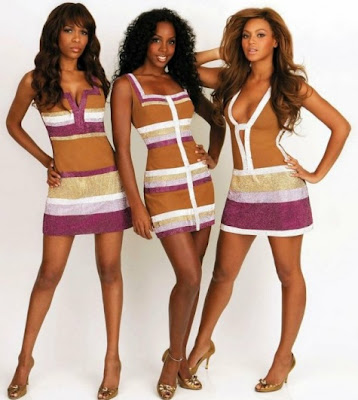 Destiny's Child Reunite To Visit Beyoncé & Blue Ivy
As Jessica Alba advises Bey to sell snaps of her daughter to the media...

According to The Sun, Kelly and Michelle popped over to Queen B and hubby Jay-Z's New York home to see Blue Ivy Carter, showing the couple their support since the birth of their first child earlier this month.

A source told the tabloid: "They're still really close and the girls couldn't wait to see Blue.

"They started a little singsong and it was just like old times. It was like they got back together."

Bey is yet to make her first public appearance since giving birth to Blue Ivy, with Jigga stepping out for the first time for the re-opening of his NYC club 40/40 on 18th January.

In other Beyoncé news, actress Jessica Alba has advised the Love On Top singer to sell pictures of her daughter to the press in a bid to quash the huge interest in getting the first snaps of the baby.

The 30-year old, who has two children Honor and Haven with hubby Cash Warren told Showbiz Tonight: "If there’s a price tag on your child — which is so bizarre — people will go to crazy lengths. We wanted to avoid that hysteria,

"For our family, we just wanted to control the experience. We were friends with the photographer. It was just a nice day in the house,

“We’ll have those beautiful pictures forever. You can give the money to charity and to your baby and that’s it. But the biggest thing is having a healthy baby … I’m sure Beyoncé will make the best decision for her family.”
Posted by The Tube at 04:10