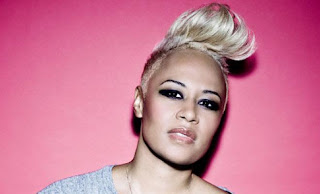 EXCLUSIVE | The singer reveals that she IS writing for Mutya & co...

has exclusively confirmed toMTV News that she IS writing a track for the original members of the Sugababes.Download Here

Earlier this week, reports had suggested thatKeisha Buchanan, Mutya Buena andSiobhan Donaghy had recorded a new song together entitled Love Like This, penned by Sande and produced by Naughty Boy.
"Siobhan has left her job in the City and they are concentrating on getting material together for an album. They are very dedicated and it's ­working well."
A source told The Mirror: "The girls are very much back to their soulful roots but this time around it's far more innovative. They've recorded more tracks too - and they're working hard to get a body of new work.
When we asked Emeli if there was any truth in the rumours, the Heaven singer confirmed: "Yes, that is true. I’ve written for the original line-up of the Sugababes, which I’m very happy about because I just loved them when they first came out.
"I loved their sound, it was so cool. It was very different, so I’m happy to kind of be involved in what started the whole Sugababes journey. It sounds amazing."
Emeli is performing at MTV's Brand New For 2012 gig at London's KoKo tonight (25th January) alongside Michael Kiwanuka and Delilah.
By Joanne Dorken
Posted by The Tube at 16:07