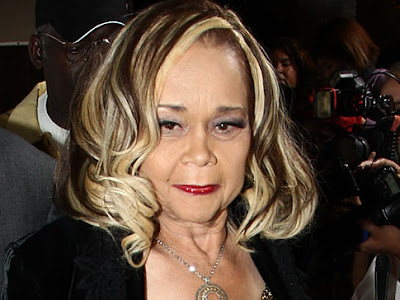 The timeless voice of Etta James has inspired countless listeners for decades, and following her passing today, her vocal successors are paying tribute.

Honoring Etta James: 7 Versions of 'At Last' | Photos: Etta Through the Years

On her website, R&B star Beyoncé wrote: "Etta James was one of the greatest vocalists of our time. I am so fortunate to have met such a queen. Her musical contributions will last a lifetime."


Beyonce as Etta in 'Cadillac Records'
In 2008, Bey honored James at Fashion Rocks, while that same year also portraying the singer in the film, Cadillac Records.

"Her deeply emotional way of delivering a song told her story with no filter," Beyoncé added in her note. "She was fearless, and had guts. She will be missed."

Even before her passing, singers were noting the immense influence of Etta James. In a 2010 article for U.K. newspaper The Guardian, Adele wrote about discovering James' music, idolizing her singing and style ("one of my cousins was a hairdresser so I asked her if she'd do me an Etta James beehive"), and seeing her perform live: "Everything she sings -- you believe her, even if she never wrote a word of it herself. I saw her live in New York not so long ago: extrordinary. There she was, at the age of 71, singing 'I want to ta ta you, baby' -- almost groping herself, as if the meaning wasn't clear enough already. She just had so much attitude."
Posted by The Tube at 16:41