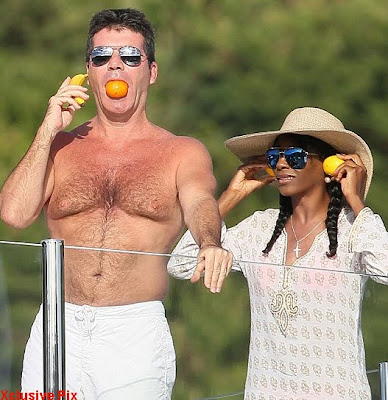 The festival has hosted the likes of Parade, Pixie Lott, N-Dubz and Alesha Dixon in recent years, but Giddings has revealed that although he is quite prepared to host R&B acts at the festival, he won't be playing host to mainstream pop acts again if he has his way.

Speaking to NME about the festival's line-up, Giddings said of his decision: "This year I've deliberately avoided pop acts, X Factor type people. I did a couple last year, but I felt a bit uncomfortable about that this year. I don't mind having R&B acts on the bill, I don't having Professor Green or Wretch 32, but I don't see them as straight pop acts. I think other festivals do straight pop acts and I was backstage at a couple of festivals and they seemed to be full of people I'd seen on TV."

Giddings also said that he had not decided to deliberately to target an older crowd with his choice of Pearl Jam, Tom Petty and Bruce Springsteen as his headliners and had made sure the rest of the bill contained something for all age groups.

He said of this: "Obviously we've got the older acts with Pearl Jam, Tom Petty and Bruce Springsteen, but we've also got exciting acts like Elbow, Example and Noel Gallagher so we've got the best of both worlds. It's not deliberate, that's why we've got the variety of acts on the rest of the bill. Our audience is 15 – 50 and with likes of Example, Tinie Tempah and The Vaccines, I think we can entertain all age groups."

Isle Of Wight Festival takes place from June 22–24 this year, which is two weeks later than its usual spot, but Giddings made it clear that this will only happen this year and the festival will return to its usual spot on the calendar in 2013.

He said of this: "It's only a one-off, it's because half-term is later this year and part of our site is school fields. So I didn't want to conflict with them and the ferry companies told me they couldn't cope. It'll return to its normal spot next year."

The confirmed line-up for the Isle Of Wight Festival so far is:

For more information about the festival, see Isleofwightfestival.com.
Posted by The Tube at 01:47