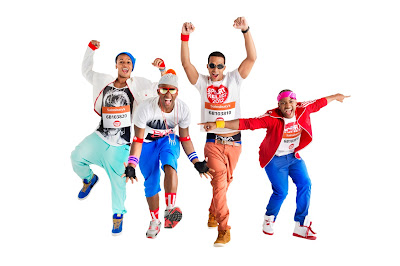 The Beat Again boys will release track Proud on 18th March, with the money raised from the single being spent on helping some of the most vulnerable people in the UK and across the world’s poorest countries.

Speaking of their effort, Aston, Marvin, Ortise and JB said: “We are so excited to be a part of Sport Relief this year. To have the official single is an absolute honour for us and we really hope that the song raises an amazing sum of money for such a fantastic cause!”
Posted by The Tube at 06:22