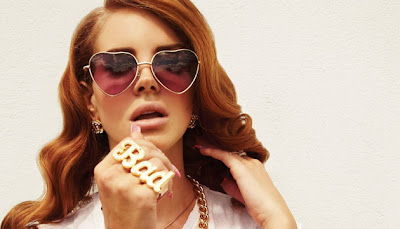 Lana Del Rey Finds Performing On TV "Weird"
The Video Games singer has addressed her appearance
Lana Del Rey has commented on her Saturday Night Live performance, claiming she finds the experience of taking to the stage on TV "weird."

The Born To Die singer, whose performance on SNL last Saturday (14th January) was criticised by the likes of Juliette Lewis and Perez Hilton, has told our US Team that despite the negative remarks, she felt "honoured" to be on the show.

Speaking of her televised performances, Del Rey explained: "I find it weird... sometimes. [It] depends on the day. You know, like, [it] depends on what's going on with my family and everyone around me,"If I have other things to think about, or I'm trying to get things done for somebody else, and I'm not in my own way, then... I'm like, 'This doesn't really matter'. Sometimes it seems more important to me than other times, I don't know."

Del Rey continued: "Things are cool. They always will be, whether the music goes good or not. Like, I consider being able to sing a luxury, it doesn't run my life, is not my main focus.

Earlier this week, Harry Potter star Daniel Radcliffe defended Lana's performance on SNL, stating he didn't think "it warranted anywhere near that reaction."
Posted by The Tube at 14:43