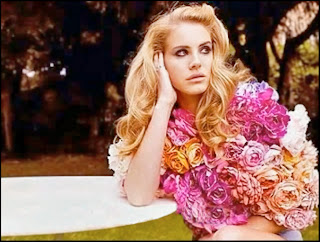 Lana Del Rey has cancelled her scheduled performance as part of MTV's Brand New For 2012 show in London tonight (January 24).

and Charlie XCX, but has pulled out due to illness.

A statement from the broadcaster said:

Due to illnessLana Del Rey

is regrettably not able to perform at tonight's MTV UK Brand New For 2012 show at London's Koko and sends her apologies to all her fans.


The show was scheduled to be the singer's first performance in the capital since last November, when she played at the Scala. The cancellation comes six days before she's due to release her debut album, 'Born To Die', in the UK (January 30).

Gig-goers wishing to claim a refund on their ticket have been advised to contact their point of purchase or email commentsuk@mtv.co.uk.

To read an exclusive interview with Lana Del Rey, along with a comprehensive track-by-track guide to 'Born To Die',.
Join Facebook
Posted by The Tube at 13:05