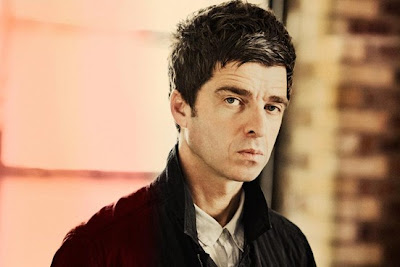 Noel Gallagher will be presented with the Godlike Genius Award at this year's NME Awards.

As announced by Zane Lowe on his BBC Radio 1 show earlier this evening (January 23), the singer, guitar-player and frontman of Noel Gallagher’s High Flying Birds will pick up the gong at the ceremony on February 29 at London's O2 Academy Brixton. Of his win, Gallagher has said: I would like to thank NME for bestowing upon me such a great accolade. I have dreamt of this moment since I was 43 years old. I accept that I am now a genius, just like God.
Previous recipients of the award include last year's winner Dave Grohl, The Clash, Paul Weller, The Cure, Manic Street Preachers, New Order and Joy Division.

Of the former Oasis man's win, NME editor Krissi Murison says: "For the best part of two decades, the voice of one man has dominated the pages of NME more than any other. That man is Noel Gallagher. Opinionated, intelligent, passionate and always hilarious – Noel walks and talks it better than any other musician out there, and it's just one of the reasons why the British public loves him so dearly."

She continued: "That he keeps pushing boundaries as a solo artist proves that there's a long way to go in the story of one of the most talented musicians Britain has ever produced."

To check the availability of NME Awards Shows tickets and get all the latest listings, go to NME.COM/tickets now, or call 0871 230 1094.

Meanwhile, a special collectors' issue dedicated to Noel Gallagher is coming next month. Produced by the teams behind NME and sister title Uncut, the magazine will feature Gallagher's greatest interviews, unseen photos and a competition to win albums signed by the man himself. The issue will be available on newsstands and digitally from February 2 - click here to pre-order your copy. Download Album