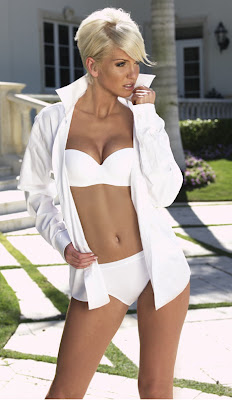 The 30-year-old Girls Aloud star, who was in the news recently after a New Year fight with a new boyfriend, is claimed by The Mirror to want a reconciliation now she is out of rehab and sober.

A source told the paper: "Tom and Sarah speak daily. She had been texting and phoning him before the incident with Theo, but Tom only got back in touch after it happened.

"He was genuinely worried for her. They love each other, and that’s the bottom line.

"Everyone is hoping they’ll get back together but Sarah knows she has to sort herself out first. Tom has said he's there for her but they aren't back together just yet. It'll take time."

Sarah and Tom got engaged in the Maldives on New Year's Day 2011, but then split in the summer before Sarah went into rehab for her drink and drug problems. They had been together for three years previously.
Posted by The Tube at 04:02