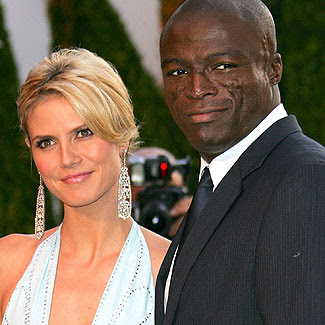 Heidi Klum & Seal Confirm Divorce
The couple have said in a statement that they 'have grown apart'...
Heidi Klum and Seal have confirmed split rumours, stating they are separating after seven years of marriage.

Over the weekend, TMZ had claimed that the German supermodel was 'preparing to file for divorce' from Seal, citing 'irreconcilable differences' as her reason for wanting to end their marriage.

The superstar couple have now issued a statement regarding their break-up, telling People magazine: "While we have enjoyed seven very loving, loyal and happy years of marriage, after much soul-searching we have decided to separate,

"We have had the deepest respect for one another throughout our relationship and continue to love each other very much, but we have grown apart. This is an amicable process and protecting the well-being of our children remains our top priority, especially during this time of transition.

"We thank our family, friends, and fans for their kind words of support. And for our children's sake, we appreciate you respecting our privacy."

It is thought that hectic work schedules are to blame for their split, with a source telling The Sun: "The marriage ended months ago in reality. They rarely saw each other and it wouldn't be unusual for them to go months without spending any real quality time together. Ships that pass in the night would be an overstatement."

Seal fuelled rumours that his marriage could be over on Friday (20th January) after writing "The End" on his official Twitter page.
Posted by The Tube at 03:27