Simon Cowell On Cheryl: "She Probably Misses Me"

SiCo also admits he would give Chezza her job back on The X Factor. 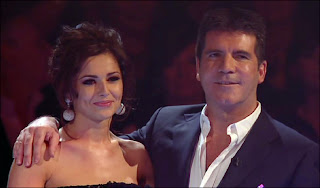 Simon Cowell has revealed that he andCheryl Cole have finally made up, stating he believes the gorgeous Geordie misses him.
The music mogul, who infamously sacked Chezza from The X Factor USA last year, also went on to claim that he would give the 28-year old back her seat on the XF panel if she wanted to return.
Speaking to The Sun about the Girls Aloudbabe's dismissal from US XF, Cowell confessed: "She is a grown-up and she understands that in this business when something happens it happens publicly.
"That wasn't a great week for me. When I came back last year I was public enemy No1 and I wouldn't want to go through that again."
The 52-year old also said he last spoke to Cheryl in November, praising the Promise Thisstar for making contact with him on Twitter to poke fun at his age on his birthday.
SiCo admitted: "That was the ice-breaker and we did speak afterwards. She could be a panellist again if she wanted to — 100 per cent."
Cowell added: "I don't know if she would. I think she probably misses me."
Cheryl recently beat Simon to be named 2011's Best Judge in a Virgin Media poll for her short stint on The X Factor USA, later tweeting him: "Oh my!” And all in a couple days work, LOVE this @SimonCowell."
Posted by The Tube at 02:25