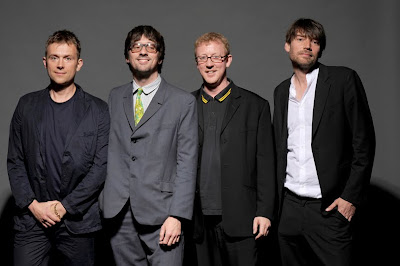 Graham Coxon has told a newspaper that "there will definitely be another Blur album".tvlive
And the guitarist, who is currently promoting his own solo album A+E, said that the Britpop favourites could be going back into the studio to work together very soon.Albums

Blur are reforming for a second time (they got back together in 2009) to receive the Outstanding Contribution to Music Award at the BRIT Awards on February 21.MTV
Graham told the Daily Record: "It's pretty nice to be getting the Brit award. We haven't planned the rehearsals yet, but there will definitely be another Blur album.
"2009 was an amazing healing experience for us. We were really swept away with it and got a lot out of our systems. We realised how much we still had in common, that we are good friends, that we are brothers.
"We're always going to meet up and want to play things. We do like recording. Eventually, even if things aren't around the corner, Blur will do more recordings together. We all love each other and still like making music so that's not a bad start."
There has been speculation that the band has been working with William Orbit, after the producer sent a Tweet suggesting he had been collaborating with Coxon and Damon Albarn.
Posted by The Tube at 11:35