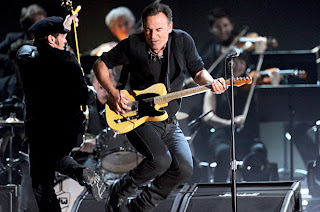 is giving fans an early listen to his 17th studio album, Wrecking Ball.

Each track can be heard in its entirety through a series of streaming previews, kicking off Monday with "Easy Money" on Backstreets.com. The Americana-themed track is the second off the album, following Wrecking Ball's opener "We Take Care of Our Own," which has already debuted in music video form.

The remaining nine tunes will roll out daily until Friday, March 2 with the album's official release scheduled for Tuesday, March 6. "Shackled and Drawn" is scheduled for streaming on Tuesday, Feb. 21 over at Rollingstone.com. Find the complete schedule below, via Backstreets. 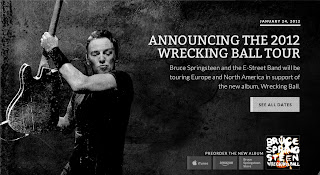 A few early reviews of Wrecking Ball have already begun trickling in, with StereoGum writing, "it's a pretty good album, but I can't help wishing it was better."

Wrecking Ball is produced by Ron Aniello and includes guest appearances from Tom Morello, Matt Chamberlain and members of the E Street Band. Pre-orders for the album