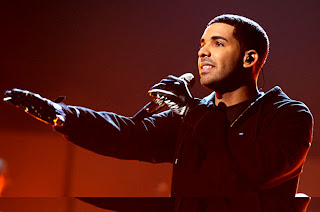 has responded to a lawsuit filed by a purported ex-girlfriend over her contributions to the song "Marvin's Room."
"This claim is entirely without merit and our client has not engaged in any wrongful conduct," a spokesperson for the rapper told The Hollywood Reporter. "Ericka Lee consented to the use of her voice in the song 'Marvin's Room' prior to its release. Lee asked only for the credit she received as 'Syren Lyric Muse,' and she did not ask for any compensation. It was only after she retained a lawyer that there was a demand for payment. Drake tried for months to resolve the matter amicably, and he now looks forward to being vindicated in court."
Previously, The Hollywood Reporter broke the news that Lee had filed a suit, coming forward as the voice of the young woman on the viral hit.
Lee claims she was asked to record the track's opening monologue and hook and would be paid 50% of the song's proceeds. She claimed to have received several text messages from Drake citing her contribution to the song as well as lesser monetary offers. According to Lee, she and the Cash Money rapper had a romantic relationship as well, which went south after the song's Dub Turbo recording. Among other requests, her suit asks that she be named a co-writer on the song.
"Marvin's Room," a single that advanced 2011's "Take Care" album release, became a YouTube hit, scoring over 39 million views.Billboard
Posted by The Tube at 10:16