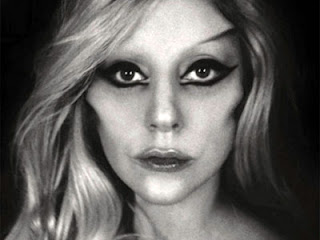 unveiled dates today for her Born This Way Ball tour in Southeast Asia/Australia and those shows will be followed by the rest of the world including dates in Europe, Latin America and North America.

Live Nation Global Touring CEO Arthur Fogel and his team will steer the tour, as they did the bulk of the "Monster Ball" tour of 2010-2011, which grossed $188 million from 167 shows, according to Billboard Boxscore.

"Monster Ball" put Gaga - no. 84 on Billboard's recent "Power 100" list -- on the map as a major, arena-plus level touring artist, and demand to see her remains very high. Given that she won't return to tour North America until next year, those markets will be fresh, though it is likely she could play most cities in North America tomorrow and do sellout business.

Over the past day, Gaga has leaked news about the tour on Twitter, including the unveiling of a bizarre poster that portrays the ball as a campy, medieval-meets-the-80's kingdom. In it, Gaga not only reigns supreme in the clouds, but she's also in her castle with a half-woman, half-keytar anatomy.
Lady Ga Ga google +
Been working like a crazy bitch all day. Need to smoke a joint or something; or maybe just a good punch in the face. PROPS PROPS PROPS. A fan sent this to the Haus and we all died laughing its so rad. #Truth #MustBeATshirt #IdWearItEveryday 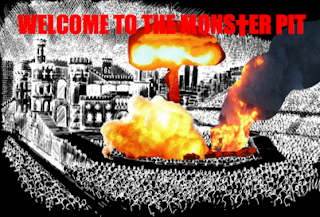 Also on Feb. 7 Gaga unveiled a sketch of what the star calls 'The Monster Pit,' a general admission area she says "Little Monsters unlock it when they arrive to the arena or stadium." That area is reserved for fans "who have arrived first, waited all night, + dressed to 'Ball.'"100 winner

The tour's first leg will hit Southeast Asia and Japan through early June, encompassing 15 shows at stadiums and arenas. Gaga will then play about 15 shows in Australia, ending in July. Beyond that, current plans call for her to tour Europe in August, followed by Latin America towards the end of the year, and then North America in Q1 2013, beginning in January and running into March.Billboard

"The 'Born This Way Ball' will perform 110 shows around the world," she announced on Wednesday afternoon.

"The last tour established her as a major act worldwide and I believe this tour will be an extension of that, particularly considering we're going to territories she's never been in, like Southeast Asia and Latin America," Fogel told Billboard.
Posted by The Tube at 10:10