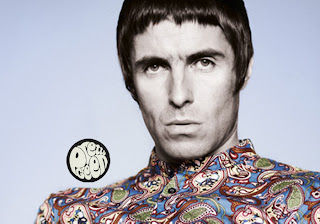 Liam Gallagher: "I'd Prefer To Still Be In Oasis"

Despite being in Beady Eye, he would rather be back with Noel & Co... 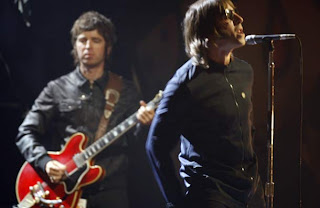 Despite his public falling out with brother Noel Gallagher Albums

resulting in the group's split in 2009, Liam claims he would still prefer to act as Oasis' frontman.
Speaking to Live magazine, the rocker explained: "It takes more than blood to be my brother. I've still got the right hump and now the gloves are off. We're still not talking.
"If people think I'm going to be happy about the Oasis split, then they're wrong. Even though I love Beady Eye, I'd prefer to still be in Oasis, because that was my thing. Oasis was my life."
Liam was hoping to reunite with Oasis in 2015 to celebrate the 20th anniversary of their iconic LP (What's The Story) Morning Glory? but Noel rejected the offer, stating: "I left that band for a reason and that reason still stands."
Noel, who is set to receive the Godlike Genius gong at the NME Awards later this month,confessed last December that he still loves Liam, but wants an apology following their spat in 2009.
He told Grazia: "I haven’t spoken to him. Of course I still love him, but not in the way that I love my wife Sara and the kids. When I see a picture of him in a magazine, I don’t go: ‘Awww.’ I wouldn’t ever wish ­anything bad on him.”
The Death Of You And Me singer added: "He needs to apologise. Profusely, and even then, he can go and f*** himself. He said too many things. I won’t go into specifics. But don’t bring anyone else into it. Bad darts.”
In November 2011, it emerged that Noel had launched a legal battle against his brother, where he stated that Liam had tried to attack him with a guitar.Rocket piano
Posted by The Tube at 14:40