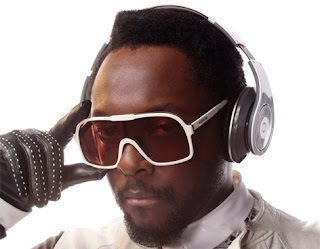 Will.I.Am  Cheryl Cole
The Black Eyed Peas
Speaking to Capital FM, Will explained: "I reached out to Cheryl for advice on keeping your cool, having a poker face, the importance of sticking with the singers – it's their dream,
"A lot of the times when you have other performers a part of the show, celebrities tend to want the shine so they hog up time. So my whole thing was that I want to do The Voice, but I don't want to hog up time to where the singers up there are looking like, 'Is this about you guys?'
"I don't want to be that guy, so I asked Cheryl for advice because I liked her personality on The X Factor. "
When quizzed if the Girls Aloud singer told him to accept the job, the Boom Boom Pow rapper replied: "No, but she encouraged, she played a role in the decision.
"Her information that she gave me was inspirational. Her perspective and experience inspired me."
Earlier this week, reports suggested that Cheryl will debut her new solo single on The Voice, over her former boss Simon Cowell's show, Britain's Got Talent.
In other related news, Will.I.Am has confirmed that the likes of Busta RhymesDownload

The 36-year old told Capital: "I have a song with Alicia Keys - me, Alicia, and Swedish House Mafia. I have a song with The Beats, which is pretty grand. Me and Shakira have been trying to finish the stuff we started, and me and Britney is really crazy.
"I made this song with Nicole Scherzinger that you would never expect. This classic piece of music that I did with Nicole, it’s beautiful. That girl sings like I’ve never heard anybody sing like that in pop culture."
#willpower is due for UK release on 29th April.ProFight
Posted by The Tube at 14:39