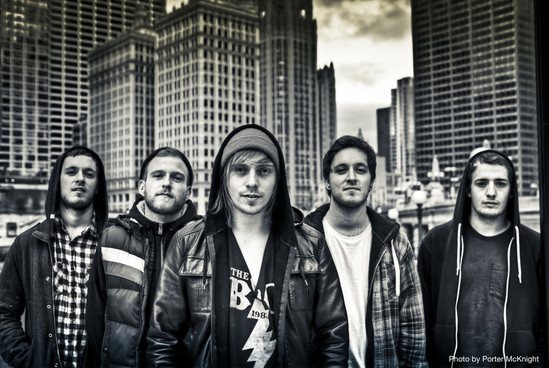 have spoken about their new album 'Daybreaker', with guitarist Tom Searle revealing that he believes the band have "got their balls back" on their new album.

The album, which is the band's fifth and the follow-up to 2010's 'The Here And Now', was recorded in Reading with producer John Mitchell and is due for release on May 28.

Speaking to NME about the album and how it moves on from 'The Here And Now', Searle said: "Some people might say we've regressed, but I think we've found our enthusiasm for playing heavy music again. I'm excited again by what I've come up with on guitar and lyrically it's much more political and less personal."NME

He continued: "I wanted to go back to being heavier and I think we've got our balls back. We're not a band that should be on daytime radio and even when we got that stuff, it felt a bit uncomfortable. I think we were out of our comfort zone and the shoe didn't fit."

Searle also spoke about 'Devil's Island', the band's recent single which was inspired by last summer's riots and which you can see the video for by scrolling down to the bottom of the page and clicking.

Asked about 'Devil's Island', Searle said: "That was the song that really drove us on. Sam [Carter - singer] came in with the song and it was different to anything we've ever done before and it was about something important and something big and it really gave us the courage to write about other important topics."

Searle then went on to talk about the political themes of 'Daybreaker', adding: "There's a lot of religion on there, which is the fun thing about being an atheist. There's media, the society we live, the relationship we have with money, things like that."

'Daybreaker' is the band's fifth album and will be released on May 28.

The tracklisting for 'Daybreaker' is as follows:

'The Bitter End'
'Alpha Omega'
'These Colours Don't Run'
'Daybreak'
'Truth, Be Told'
'Even If You Win, You're Still A Rat'
'Outsider Heart'
'Behind The Throne'
'Devil's Island'
'Feather Of Lead'
'Unbeliever'
Posted by The Tube at 13:47