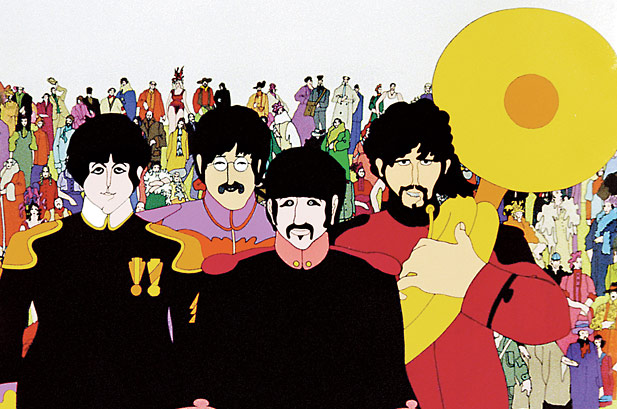 1968 animated feature film, will hit shelves again on May 28, digitally restored for DVD and Blu-ray release.Billboard

The DVD and Blu-ray releases will feature bonus material including a making-of documentary, the original theatrical trailer, audio commentary, interviews, behind-the-scenes photos and more. Each edition comes packaged with reproductions of animation cels from the film, collectible stickers and a 16-page essay by Walt Disney/Pixar Chief Creative Officer John Lasseter.


Ringo Starr Reacts to the 'Who Is Paul McCartney?!' Trend

The "Yellow Submarine" album -- featuring 15 songs including "All Together Now" and "All You Need Is Love" -- will also be rereleased on CD alongside the film.

Based around Beatles songs and dripping with pop art style, the late-'60s film used live-action photography and animation in a process that took nearly two years, 40 animators and 140 technical artists to create.

On April 24, the "Yellow Submarine" picture book, which combines the film's script with original artwork from the movie, will be released by Candlewick Press in a hardcover edition. An interactive digital version of the book is already available for free download from iTunes iBookstore.
Posted by The Tube at 14:05