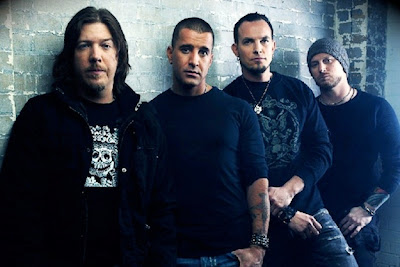 -- as well as a solo album. But he promises he's not getting confused.

"I've always just felt I've got a lot of material," the guitarist tells Billboard.com, "and a lot if it will just go to waste if I don't take advantage of it and get it out there. I just want to have it all see the light of day, y'know? I somehow balance it all." 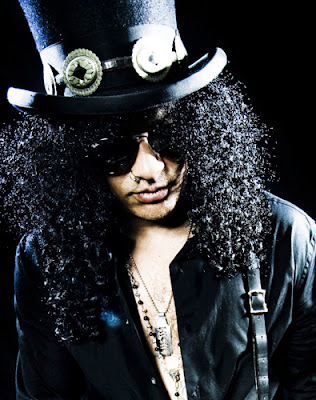 First on the Tremonti timeline is Alter Bridge's "Live at Wembley," a CD and DVD set recorded in November at the famed London arena and released on Monday (March 26). "It's such a historic building we thought it would be a highlight of the tour and definitely a good one to get on film," Tremonti says. "The name itself speaks to the history, but when you actually step in the building it's not as giant and intimidating as I thought. You imagine this giant stadium that's going to devour you, but it's just your typical, cool, big arena. But to play Wembley... and film that DVD there was an honor."Billboard

"Live at Wembley" will be Alter Bridge's last gasp for awhile. Tremonti, drummer Scott Phillips and bassist Brian Marshall are touring and recording this year with Creed, while frontman Myles Kennedy is working with Slash.Download

"We'll meet back up early next year," Tremonti says. "We'll get back into writing the next album and have it out hopefully early enough for us to go do the big summer festival circuit."Creed, meanwhile, is full-speed ahead on a tour that starts April 13 in Chicago and will find the band playing its first two albums -- 1997's six-times platinum "My Own Prison" and 1999's 11-times platinum followup "Human Clay" -- in their entirety on alternative nights. Tremonti says the group will be on the road until at least late summer and is also in the midst of recording its fifth studio album, the follow-up to 2009's "Full Circle."

"We got together with Scott (Stapp) and put together a handful of songs and got the arrangements and melodic ideas in place, and now it's kind of in Scott's lap to finish off he lyrics and track some demos so we can move on to the next batch," Tremonti reports. So far, he says, Creed has "a good mix...It's got one more radio-friendly type song, one rocking tune, one of the more drawn-out, finger-picked, long, five-minute kind of songs -- just a little bit of everything people have heard in the past. I think with 'Full Circle' we tried to change the sound a little bit, but I think we're gonna get back to what people expect from Creed." Inspired by Van Halen's latest album, Tremonti says he also plans to "go back and kind of dive into my old ideas...and cherry-pick stuff that I enjoyed that never saw the light of day, and kind of revamp those ideas."

He expects Creed to keep working on the new material during the tour but says there's no firm finish or release date for the album. "We purposely didn't set any timetables so we can make sure the album is right," Tremonti explains. "We don't want anything coming out prematurely. A lot of people weren't really aware of ('Full Circle') coming out because we kind of rushed it out there. We want to make sure this one's set up properly."

In the midst of all this, however, Tremonti has finished his first solo album, "All I Was." Though a release date is still up in the air -- "Maybe late May, early June now," he says -- the set has been mastered, and Tremonti hopes to have the first single out soon. "It's been one of the easiest records to make," he says. "It's the first time I got to do something that's...whatever page I'm on, when I got to say, 'This is what I want' and have it come out like that." He recorded "All I Was" near his home in Florida with Eric Friedman on guitar and Garrett Whitlock on drums, while Marshall will play drums for some performances of the album that Tremonti is going to film in Chicago, before production rehearsals for the Creed tour.

"It's heavier than both the other bands," Tremonti says. "People who have heard (the album) have all told me it's nothing like what they expected. But I think the most important part of a song is the melody, so all these songs are melody-based. It's a lot of fun."
Posted by The Tube at 13:41