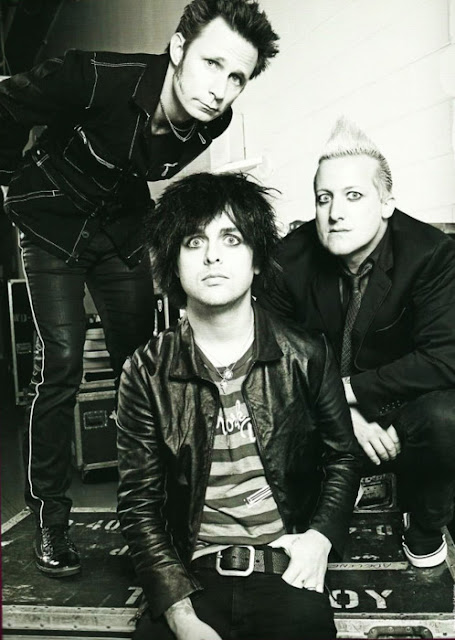 have posted another video from inside their recording studio, as they continue working on the follow-up to '21st Century Breakdown'.

It is the latest in a series of videos to be posted on the band's YouTube channel and features frontman Billie Joe Armstrong saying of the band's recording progress: "It's a new sound and it's fucking with my head."NME

Most of the talking in the latest video update, which you can see by scrolling down to the bottom of the page and clicking, is done by producer Rob Cavallo.

Speaking about the album, Cavallo says: "It takes balls to do this, each hit of every instrument is actually super important, they add up to one thing. When you get it done, it's like 'Wow, that's a big powerful statement'.

The band have previously said that their new ninth studio album will move away from the concepts of their last two records 'American Idiot' and '21st Century Breakdown', and be more straightforward.

Earlier this month, the band confirmed their first live dates of 2012 with headline shows at Japan's Summer Sonic festival and France's Rock En Seine in August and a headline slot at I-Day festival in Bologna, Italy on September 2.

Although there are currently no UK dates, Green Day's American Idiot musical will tour later this year. The musical will tour the UK for three months, ending up with a two-week run at London's HMV Hammersmith Apollo in December.
Posted by The Tube at 16:00