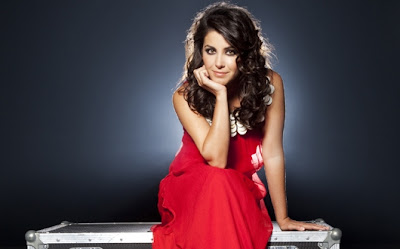 has enjoyed a career that has spanned almost a decade and in that time she has comes on of the UK’s most successful artists.

This week sees her return with her fifth studio album, but this time around she has only written on three of the tracks on this eleven song record.
And while she may not be the driving force when it comes to the writing for Secret Symphony this has given her the time to really focus on her singing and her vocals, which are sounding better than ever.
She admits as much herself that this is an album that focuses on her as a singer rather than a singer/songwriter and that really does work in the favour of the album.
Gold In Them Hills is rather and understated start to the album as Melua’s vocals take centre stage - she is supported beautifully by some stunning strings.
It’s a really stripped back track and simple track and it is a perfect introduction to the rest of this rather sophisticated album.
The major problem with Secret Symphony is it is an album that you expect Melua to deliver and I would really like to see her tackle something different.
But there’s no doubt that what she does she does awfully well as is a collection of beautiful songs that are delivered pitch perfectly - the backing of the orchestra really adds that little bit of something.
And it’s on Forgetting All My Troubles that the strings and Melua’s vocals really come together to make the perfect song as string and woodwind arrangements on this track help it to be the best song on the album.
The jazz elements that we have come to associate with this artist are not as prevalent as we have seen them in the past - so there is enough of a change in her style to keep her fans happy.
But the singer admits that she would like to record an album that nods back to her Georgian roots and it would be great to see her really diversify her style.
Secret Symphony is a great record as Melua brings a string of beautifully written songs; Ron Sexsmith, Mike Batt, Francoise Hardy and Fran Healy have all had a hand in the writing, to life with the support of these fantastic strings.
But it would just be great to see her be a little more daring with her sound on future records.
Posted by The Tube at 03:46