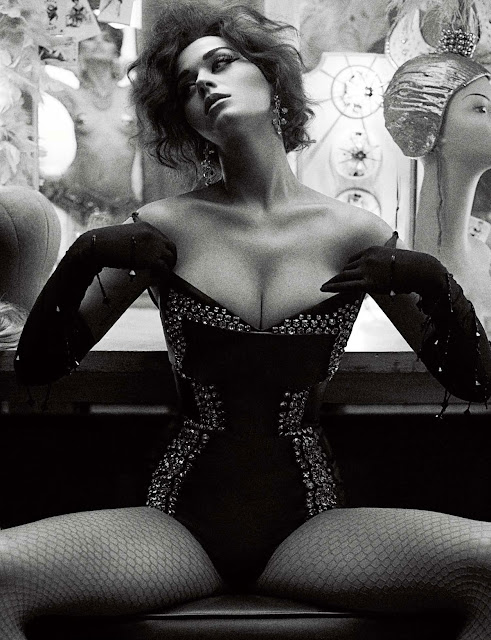 has admitted that her next album will be much darker following her split from hubby, Russell Brand.Buy

Speaking to Interview magazine, the 27-year old claims she will have less sugary-sweet pop songs on her new LP and more edgy tracks.
The Firework hitmaker stated: "My music is about to get real f****** dark. I'll be shoe-gazing."

Perry also recently revealed to our US Team that she's ready to start work on her third record, and will finish the campaign for her current Teenage Dream album following the released of the deluxe edition,Complete Confection.
She explained: "Obviously I'm going to close this chapter soon. I am ready to make a new record and maybe try another approach artistically, and I will close the book on Teenage Dream soon, but Complete Confection just felt really organic.
"I'm doing it mostly for the hardcore fans, because they always love all the extras. And also, I couldn't put more than 12 songs on the original Teenage Dream, and I had written more songs. I finally wanted to incorporate them."
Perry went on to describe her song writing process as "therapeutic", adding: "I'm kind of one of those people who is a bit emotion-less on the outside, especially in public, but what I do is I store it, and I file it, so when I need to write I can just push that button.
"I've always just been me and my guitar; and I'm not saying I'm going to make that record, but I do want to get back to my roots. I've been changing my hair colour too much!"
Earlier this week, Katy revealed that her new single Part Of Me is NOT about ex-Russell, and that she wrote the song long before her divorce from the funnyman.
Posted by The Tube at 04:57