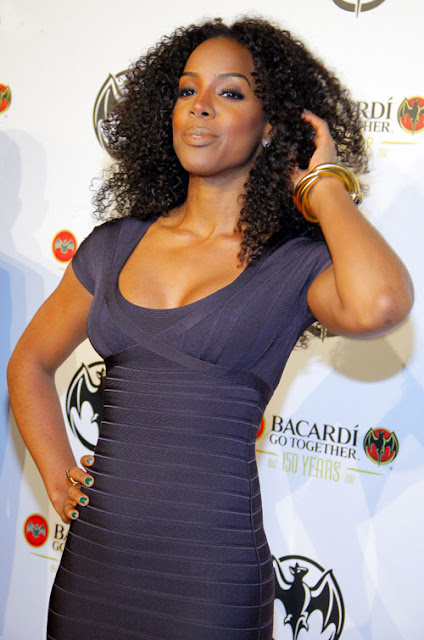 Kelly Rowland 'Could Return To The X Factor'

Show source claims she's still on the shortlist for this year's judging panel...MTV

could return as a judge on The X Factor in the autumn, it has been reported.

The Sun newspaper claims that the former Destiny's Child star is still in the frame for a seat on the panel again, despite previous rumours that she wouldn't be coming back.
It was thought that the mixed reception she received and her seeming distaste for the most pantomimey aspects of the show would rule out a repeat this year, but a show source has told the paper that Kels is still on the list.
The mole said: "It seems to be taken as read that Kelly is not coming back but that is wrong. Simon Cowell and executive producer Richard Holloway were very pleased with her on last year's show and would have her back. It's at an early stage and discussions have yet to start. But Kelly is still very much in the mix."
The paper also quoted a friend of Kelly's, who claimed that she might be happy to come back.
The pal said: "Kelly had a great time and is actually very keen to come back.
"She loved all the drama, even when it was pretty harsh against her. Kelly is a tough cookie and a few barbs from viewers or whoever is water off a duck's back to her.
"Yes, it was a draining experience and one she probably didn't realise at the outset was going to be quite so gruelling.
"But mentoring her acts — especially Misha B — was really rewarding for her and she loved it. Talks haven't started but they will soon."
Gary BarlowDownload

is reported to be in negotiation already over a return, while Tulisa Contostavlos Download

and Louis Walsh are both claimed to be "dead certs" to get another year as judges.
Last week Simon Cowell said he hadn't even ruled out returning to the show himself, saying: "Maybe if we can move the dates around so I can do both shows in the future because I miss it. The other judges are not as good as me."
Posted by The Tube at 12:13