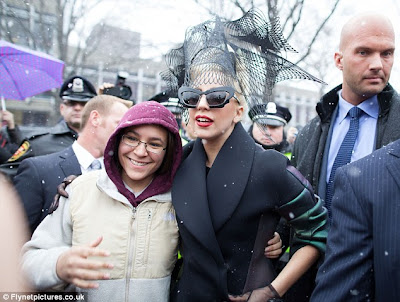 The Bad Romance star remains the most followed person on the site...

has set a new worldwide record, becoming the first person to hit 20 million followers on Twitter.
The Judas singer, who previously smashed the record back in January after scoring 18 million followers, has now gained millions more in the last two months.
GaGa has now edged way in front of her nearest rival Justin Bieber Download

who has 18m followers, while Katy PerryDownload

is behind the Baby hitmaker with 15.7m fans.
Shakira Download

are the next most followed people on the social-networking site with 14m supporters each.
Lady G became the Queen of Twitter in August 2010, when she overtook pop princessBritney Spears Download

as the most followed person on the website.
Posted by The Tube at 03:33