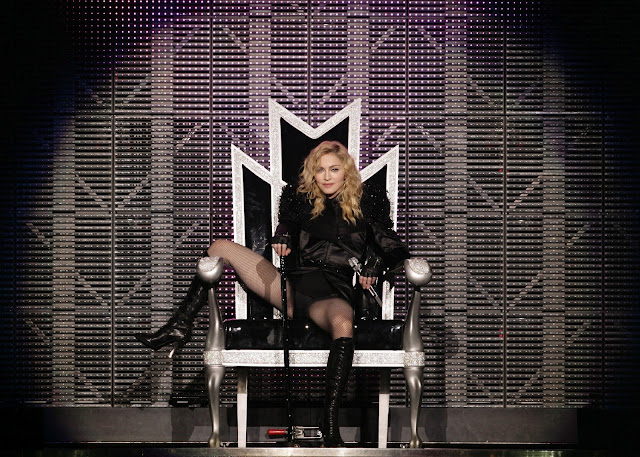 Madge hopes the Kill Bill director will give her a hand with the promo...

has revealed she wants Quentin Tarantino to direct her next music video.
The Sun reports that the Queen Of Pop has claimed that she would love Tarantino to work on the promo for new song Gang Bang, which features on her latest album, MDNA.
Madge is quoted by the newspaper as saying: "When I was writing the song, I was picturing one of his movies and one of the female characters.
"I have a whole thing worked out. All Quentin has to do is show up with a camera. I can't afford a director's fee."M.T.V
As well as planning her next video, the 53-year old has hit back at YouTube for banningher Girls Gone Wild promo after branding it too raunchy for younger viewers. 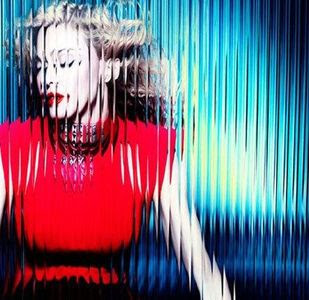 Shot in black and white, the video sees the hotpant-clad Madonna gyrating suggestively against a wall, being embraced by several semi-nude male models and dancing whilst in chains.
According to The New York Post, YouTube execs have slapped an age restriction on the footage, preventing under-18s from watching the video.
A YouTube rep told the paper: "While we don't comment on individual videos, we review all videos flagged by our users against our community guidelines."
The Google-owned site's rules stipulate that videos can be restricted should they contain "nudity and dramatised or implied sexual conduct".
Despite reports suggesting Madonna's team are planning to edit the video, she has since stated: "I'm supposed to be a girl gone wild in the video! How could you go wild and not grind? This is the question that people should be asking."
Amid the controversy surrounding the clip, the Give Me All Your Luvin' singer has added another date to her UK tour, with Madge set to hit Birmingham's National Indoor Arena on 19th July.
Posted by The Tube at 13:22