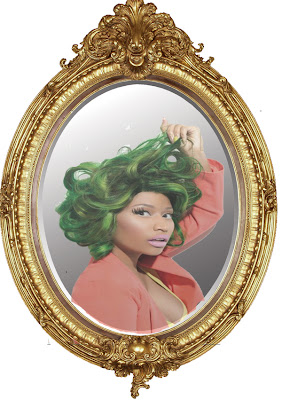 The 19-track record (or 22-track deluxe edition), due out on April 3, will feature collaborations with artists including Lil Wayne, Nas and Chris Brown. There were rumours that Britney Spears would be featuring on the album after a fake tracklisting leaked online, but she is not listed on the new tracklisting that has just been revealed.

Minaj also worked on Madonna's forthcoming record 'MDNA', lending vocals to the track 'I Don't Give A', which you can now listen to a snippet of. You can also stream a brand new song from The Queen Of Pop called 'I Fucked Up', which she posted on her Facebook page on Saturday (March 17).

Earlier this week, Nicki Minaj revealed that she wants to dethrone Jay-Z, saying: "I had a little conversation with Jay-Z at the Victoria's Secret fashion show. He said,' Congratulations on all your success.' And I was like, 'Yeah, I'm coming for you. I'm coming for your spot, Mr.Mogul.'"NME