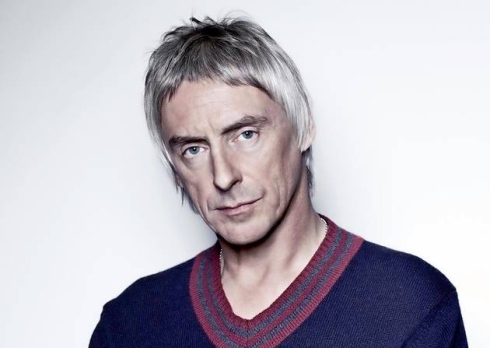 was number one. The Jam's A Town Called Malice spent three weeks at the top of the charts, its Motown bassline bustling, its finger clicks rustling. Watch its video now, and the 23-year-old at the middle of it has hardly changed in some ways. His Woking vowels are still 'ow's-yer-father; the haircut's still cockatoo-daft. But he sings a line in its first verse that's practically become his motto: "Stop apologising for the things you've never done, because time is short and life is cruel, and it's up to us to change." 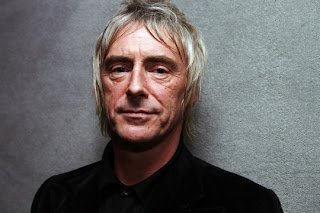 Weller has never been a man to look back at his career, in anger or otherwise; time ain't been short for him either, but it seems to have inspired him rather than smothered him. Sonik Kicks, his 11th solo album, is alive with the vitality that implies. Nevertheless, so rapturous has been the reception to his recent LPs – 2008's 22 Dreams and 2010's Mercury Prize-nominated Wake Up the Nation – that's it's almost become a cliché to flag up his return-to-form as something thrillingly adventurous, even avant-garde. But this isn't skronky, dissonant (The) Wire (magazine) music: this is psychedelic, kaleidoscopic pop. It just happens to be made by a man always interested in filtering the past in his own way – and most 53-year-olds don't do that as peculiarly as this.
Sonik Kicks fizzes and spits from its first track, Green, blasting off with a synthesiser that recalls the motorik rhythms of Neu!, as well as the drone that starts The Human League's Love Action. Then we whirl into a world of vocal echoes, garbled lyrics about secret guides and quiet times, and stereo whooshes through the headphones: it's really hard not to be energised. Dragonfly and Around the Lake are similarly propulsive and sci-fi, driven by drumbeats and Joe Meek-friendly sound effects. Then we get into the weirder, instrumental stuff. Sleep of the Serene is like a 1960s B movie curio, full of electronic burbles and strings that get progressively strange. Twilight is 18 seconds of metallic clatter and messing about with sine waves, before Drifters arrives with a shadowy Silver Apples bassline, chunky guitars, and Weller "finding his way back home" as a mysterious voice calls "him on". It's still pop, Paul, but it's not as we know it.
More than anyone, these space-age stylings make you think of David Bowie, of whom Weller's new wife is a huge fan – so much so, she's famously named one of their new twin boys after him. But there are more solid, classic Weller tracks too. That Dangerous Age is particularly funny, a brilliantly self-aware piece of pop about a middle-aged man: "He likes three sugars in his coffee / He wants that chick in the office / He's took to staying up late / He's on a much higher rate." Kling I Klang is slightly less successful, a funny piece of oompah about salty days and vicars’ wives, while When Your Garden's Overgrown could have come from Weller's mid-90s Modfather era. Its chorus, however, still packs a real punch: from A Town Called Malice to here, the man still has an ear for a tune.BBc
The most moving moments, though, are the two big ballads: stunning pastoral epic By the Waters and the mainstream-friendly finale, Be Happy Children. This features Weller's daughter Leah on a chorus, infant son Mac at its end, even a lyric that he's acknowledged as a nod towards his late father ("your daddy's gone, but only for a while"). Weller throws it all in on this record: experiment as far as he can take it, emotion as far as he will allow. To these ears it's a heady, and brilliant, combination.
Posted by The Tube at 15:41