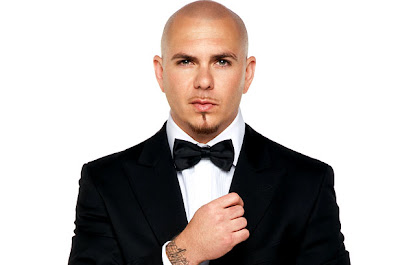 After handling the theme songs for the first two "Men in Black" movies, Will Smith Buy

to provide the theme for the forthcoming third installment of the sci-fi franchise. "Back In Time" will be released to radio and as a digital single on Monday (Mar. 26), two months ahead of "Men in Black 3's" May 25 release.

"It's an incredible honor to be a part of such an amazing franchise as Men in Black and I have so much respect for Will Smith, especially with our similar musical backgrounds," said Pitbull in a statement on Thursday. "MiB 3" director Barry Sonnenfeld added, "My 19-year-old daughter turned me on to Pitbull. I'm thrilled that he wrote such a great song for our movie that totally gets it." Billboard

"Men in Black," Will Smith's 1997 track featured on the original "Men in Black" soundtrack, led Billboard's Radio Songs chart for four weeks in the summer of 1997. For 2002's "Men in Black II," Smith recorded "Black Suits Comin' (Nod Ya Head)," which also served as the lead single to his third solo album, "Born To Reign." The original "Men in Black" soundtrack has sold 3.1 million copies in the U.S., according to Nielsen SoundScanThe title of Pitbull's "Back In Time" serves as a reference to the plot of "Men in Black 3," in which Agent J (Smith) must travel back in time in order to save the universe. Pitbull sampled Mickey & Sylvia's 50s hit "Love is Strange" for the new song.

Pitbull scored his first-ever No. 1 song on the Hot 100 last year with "Give Me Everything," featuring Ne-Yo, Afrojack & Nayer. "International Love," his single with Chris Brown, topped last week's Dance Club Songs Chart.