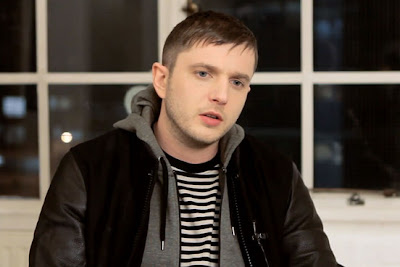 Plan B  Pre-Order has said that he blames David Cameron for last year's riots.

In an exclusive interview in this week's issue of NME, the rap and soul star – real name Ben Drew – said that the government's decision to cut arts and culture funding for young people was "pig-headed".

He said: "When the riots happened, I was so upset. The only people I cared about was the kids. I thought, 'Ah, for fuck's sake, you've just made things 10 times harder for yourselves. Society? David Cameron? You've just played right into their hands. You've just proved everything they've been saying'."

Drew went on to say:


'"The Conservatives come along, all pig-headed and go, 'Ooh, that's [arts and culture funding] a waste of money'. This is what fucking happens, mate."

Plan B will release his new film and album, both of which are called 'Ill Manors', this May. The film, which stars Riz Ahmed, Nathalie Press and Dannielle Brent, will be released on May 4 and is set in Forest Gate in London. The plot runs over the course of a few days, with six interlinking short stories – each represented by a different rap song – which come together at the end.

The soundtrack LP, meanwhile, will be released on May 7 via Atlantic Records. Speaking about the album, Plan B said: "You could call 'Ill Manors'' bassline, soul, hip-hop. The album has the lyrical depth of my first record but the musical composition is light years ahead as it's informed by everything I've learnt in the last five years - writing, producing and playing with a live band. I feel I'm better than I've ever been."
Posted by The Tube at 14:26