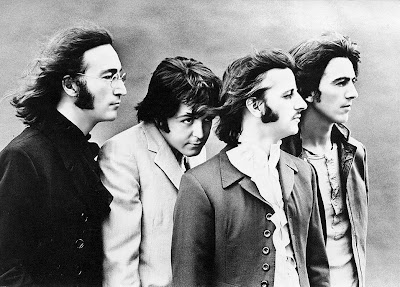 is rolling with Grammy hardware to spare. The singer made her post-surgery comeback by winning all six of her nominations at the 2012 Grammy Awards, topping the ceremony with Album of the Year for "21" and taking home both Song and Record of the Year for "Rolling in the Deep." She teared up as she took the stage for the final award, crediting the album's inspiration to a "rubbish relationship."
As Paul McCartney was rocking the Grammys last month, a slew of people -- we're safely assuming young viewers -- began tweeting the same basic question, "Who is Paul McCartney?" Many even added "the hell" in there in added exasperation. Enough of them did it to make the query a Twitter trend on the site. But before you old folk hang your heads down and mutter about the idiocy of those young 'uns, be aware that a certain Liverpool native had no problem with it at all.

(Note: He was the drummer in the same band as Paul McCartney..Download

, who recently recovered from a nasty bout of pneumonia, sees nothing wrong with the question at all.

And yes, Ringo has heard Paul's new album and unsurprisingly thinks it's "great." The two got together when Paul was in town for the Grammys and went to visit his old pal while he was recuperating. "His voice sounds great on it. I was trying to recollect if I'd heard that voice before because Paul has many voices. In The Beatles of course John Lennon Download

had THAT voice, Paul had several voices and I couldn't place it at all, it's like a new voice that he'd found. He was telling me he was doing it a bit dramatic then he got to this whispering type and it's a beautiful rendition of all those songs."The Caven

When we asked if it was comforting seeing his old cohort, comparing them to a rarefied club like astronauts, Ringo, 71, gleefully started warbling, "I'm an astronaut and I'm okay,' to the tune of 'I'm a lumberjack,' but then he does admit that the two do share an extraordinary bond.

"When we look at each other, we're the only two people who experienced that on the planet," he said. "A lot of people write about our experiences but they didn't ever get it right. I always look at Paul with a lot of love and appreciation. He's still the finest bass player around as far as I'm concerned."

Starr has just released his 17th album, "Ringo 2012," and has assembled his 13th All-Starr Band to launch a summer tour beginning June 14.

For more from our chat with Ringo -- like whether he'll join Paul in touring into his 80s -- pick up a copy of this week's Billboard magazine (page 32). The Q&A will be posted on Billboard.com on Monday (March 19).
Posted by The Tube at 17:10