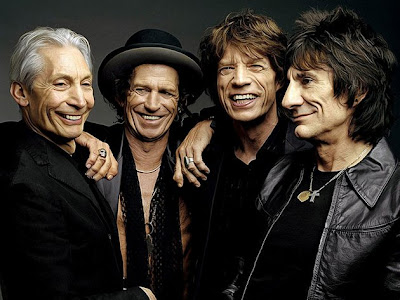 she last time Steve Earle performed at a tribute concert at Carnegie Hall, he was standing 30 feet away from the man he was honoring. "I opened the show, playing 'Nebraska' with Bruce SpringsteenBuy

right there. It was terrifying and exhilarating," he says of the 2007 event that he now calls "one of the best and most frightening experiences of my life."

It remains to be seen whether there will be a repeat of such star-struck terror when Earle steps up to perform at the "Music of the Rolling Stones" tribute concert on Tuesday (March 13) at the same iconic concert hall. No Mick? No Keith? When Billboard spoke to Earle recently, he couldn't say whether there'd be a pop-in from any members of the group when he performs "Mother's Little Helper," off the 1967 compilation slab "Flowers."

closest we're probably gonna get is Andrew Loog Oldham," Earle told us, referring to the Stones manager who produced many of the songs off "Hot Rocks 1964-1971," the best-selling hits collection that is the basis for the event. The more than 20 artists set to perform a song at Carnegie Hall include Jackson Browne, Gomez, Rosanne Cash, Peaches and Marianne Faithfull, among others.
Earle says that while he loves the band's hanging-out-in-France, riff-rock period that produced landmark albums like 1972's "Exile on Main St.," he's often drawn to the early stuff. "'Mother's Little Helper' is from a point in time when they were in competition with the Beatles and they knew it," he noted. "They were writing really great songs and that's what the band was all about."

As one of the first artists booked to perform at the tribute concert, the entire proceeds of which will go to music and arts education programs, Earle had the opportunity to make his song choice a personal one.

"I picked ['Mother's Little Helper'] because it's literally the first song I learned to play on guitar," he said, adding that it was on an acoustic because his dad wouldn't let him have an electric. "You know, I wanted my guitar to sound like Jimi Hendrix, but I couldn't make it sound like that. So I gravitated to the Stones, the Beatles… the stuff that sounded like my guitar."

Earle remembers the guitar being a left-handed hand-me-down from an uncle who was close in age. He learned how to play "Mother's Little Helper" because you only needed two fingers to make the E-minor chord. "You don't want your kids to learn their first song in a minor key -- it'll f*ck 'em up probably. But it was my first."

The education of Steve Earle took another big step in high school when a teacher gave him a copy of "The Freewheelin' Bob Dylan.Download

" "It's one of those deals that if it hadn't been for my drama teacher, I dunno," he says, offering that without that person's guidance, who knows how he would've turned out. These days many kids don't get exposed to much art, music or theater in school because of cost-cutting measures. Earle calls this slash-arts-first trend "one of the most wrongheaded things we've ever done."

"The idea that music and art are electives and not a necessary part of education -- that's unique to our society," he said, later adding, "The difference between human beings and animals is not an opposable thumb -- it's the fact that we create and consume art. And it's necessary to us. It's sustenance. It's not an elective; it's something we need."

Every penny of the proceeds from Tuesday's Rolling Stones tribute will be shared with eight music education non-profits . This is the eighth concert of its kind to raise much-needed funds for music education.