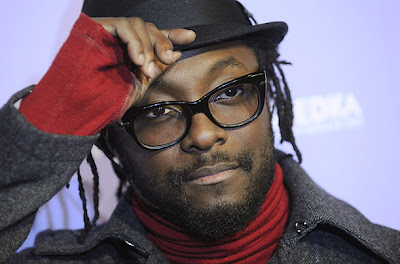 Will.i.am Slams The X Factor Over Commitment To Acts

has taken a pop at Simon Cowell'sThe X Factor, accusing the show of failing former contestants.
The Black Eyed Peas man, due to appear as a judge on BBC's The Voice this evening, claims X Factor acts are all too often let down in the aftermath of the show, and cited fourth-placed Cher Lloyd, currently signed to Simon's Syco label, as an example.
Speaking to The Sun, Will explained: "I love Cher Lloyd. She should have been the biggest star in the world. She should have had the coolest freaking music.
"It's like they put them out, juice them, juice them, juice them, and give people something to watch on TV. Then, who is making sure she has the right material? That is wrong."
The rivalry between Cowell and will.i.am has been hotting up this week after it was revealed that The Voice will go head-to-head with Britain's Got Talent.
As a judge on the long-awaited BBC talent show though, will.i.am plans to show his ITV rival how it should be done and is fully prepared to focus all his attention on the hopefuls.
He revealed: "I told every person on my team that I am going to try my hardest to see their career is jumpstarted or revitalised regardless of whether they win or not."
The Voice UK starts tonight at 7pm on BBC1.
Posted by The Tube at 03:58