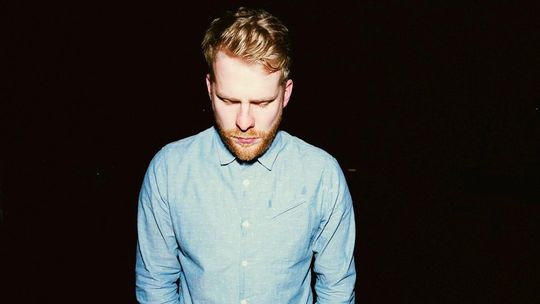 Alex Clare
British singer-songwriter, Alex Clare, released his second single the other week, titled ‘Too Close‘, from his début album of last July, ‘The Lateness of the Hour‘. It rose twenty-one places in this week’s UK single’s charts, hitting number 16, and it is showing potential to climb further in the coming week as the iTunes download chart show that it is now at number 8 since the Official Chart lock-down on Sunday.
The single is built around the structures of dubstep with numerous synths and its heavy bass giving it a club-like vibe. However, the dubstep is very controlled and balanced so it does not sound overly produced giving way to some more ‘authentic’ sounds. Throughout there is a captivating drumming that bounces about, full of momentum and giving it a great rhythm alongside some classic acoustics. Clare’s voice is quite striking as it is beautifully soulful, giving the track an indie twist enhanced by the acoustic strums and drum beats. The lyrics are basic and honest, making it a very down-to-earth piece of writing that many can appreciate and relate to. It is simply another love story of a dying relationship, that gets straight to the point without any over-whelming poetic attempts.
Posted by The Tube at 14:10