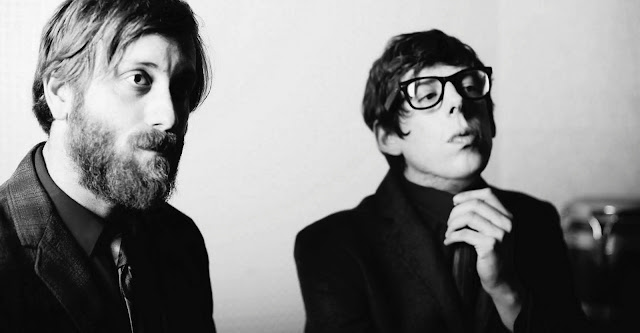 In an episode dedicated to Kansas City, Bourdain has lunch with the band at a place called Woodyard Bar-B-Que. The duo pick him up in the van from the cover their most recent album, 'El Camino', which Bourdain jokingly calls a "van of death and possible dismemberment". The programme will air in the United States on April 16 at 9pm (ET).

A clip from the show is currently streaming at The Travel Channel's website. "When we first started touring we had $5 a day we could each spend on food," says drummer Patrick Carney to Bourdain in the clip. "Dan though would usually save his money to go eat won-ton soup." After a discussion about bad Chinese food, frontman Dan Auerbach adds: "I welcome that bowl of soup over some sort of weird burger patty that's just, like, unidentifiable and gross."NME

In the clip Bourdain also asks the duo which is more satisfying, making a record or touring. "We've grown to really love playing shows," responds Auerbach. "It's the only way to really make a living," adds Carney. Watch the clip at travelchannel.com.

Josh Homme of Queens Of The Stone Age has previously appeared on No Reservations, where he appeared as something of a tour guide, introducing Bourdain to his Rancho De La Luna studio near Joshua Tree National Park, where Arctic Monkeys, Mark Lanegan and The Desert Sessions project have all recorded.

The Black Keys headline this weekend and next's Coachella Valley Music and Arts Festival in California.