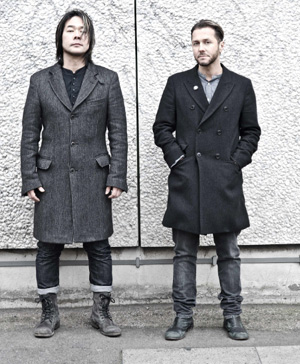 Feeder
Now in their astonishing 21st year as a unit, it seems Welsh/Japanese rock bastions Feeder Download  have no intentions of reeling in their timeline anytime soon, lifting the cloche on their eighth studio album, Generation Freakshow. And although the title may conjure up images of strident, youthful upheaval, it’s something quite different in reality: it’s the sound of a band that has lived every moment of their two decades.BBC
Feeder’s success owes much to Grant Nicholas, whose aptitude for penning an engaging refrain shows no sign of diminishing on this collection. And he hasn’t lost his captivating ability to flit from stadium-enthusing rock vocalist to soothing, candid balladeer, his voice having also cultivated a subtle, weathered tone that in relation to the album’s more diffused quality is straight down the line.
There are no big statement pieces, à la High or Just a Day, but that’s not to say Generation Freakshow is devoid of anthems. Headstrong and In All Honesty, both of which give sometime member Karl Brazil an opportunity to flaunt his ample capabilities behind the drumkit, are as big on energy as they are on melody.
The ensnaring, emotive Tiny Minds sells a tale of lovelorn frustration with acute conviction, while Sunrise, whose chorus has presumably unintentional parallels with the Spice Girls’ Spice Up Your Life, is a festival-crowd call-to-arms in waiting. Both gratifyingly hark back to an Echo Park/Comfort in Sound-era Feeder, recapturing a magnitude in which 2008’s Silent Cry, and, to a lesser extent, 2010’s Renegades were regrettably deficient.
The edges have been smoothed somewhat, but not to Feeder’s detriment. Generation Freakshow feels like a natural development, a progression instead of a departure. The echoes of past albums are references rather than rehashes, and the more novel components – Children of the Sun’s lengthy, swooning outro, or Fools Can’t Sleep’s folky twang – are handled with finesse.
Generation Freakshow is more mature, more considered, and less noisy, but it’s nonetheless got Feeder stamped all over it. Unfortunately, with 40-something UK rockers hardly FM mainstays these days, it’s unlikely to spread the band’s brand further than their existing fanbase. But said fanbase will be more than content with this pleasing, ear-friendly assembly of solid, square-shooting rock.