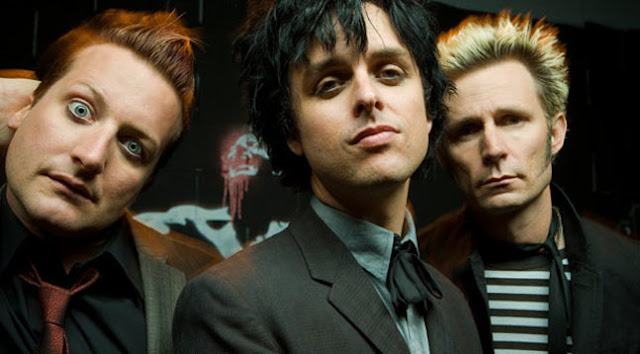 Green Day have spoken about their new trilogy of albums, '¡Uno! ¡Dos! ¡Tré!' in a new video.

The punk trio announced their plans to release each record one at a time throughout the latter part of this year, putting out the third and final album in January 2013.

The update comes in the form of another short video, which you can see by scrolling down to the bottom of the page and clicking. NME

As with the band's other updates, the video is short on detail, but does feature drummer Tre Cool saying: "You know what feeling you get when you're just like 'I want everyone to hear this shit, it's fucking genius'."

The band have previously said that their new efforts will move away from the concepts of their last two records 'American Idiot' and '21st Century Breakdown', something they hint at in the new video.

Green Day play headline shows at Japan's Summer Sonic festival and France's Rock En Seine in August and a headline slot at I-Day festival in Bologna, Italy on September 2 as well as three shows in Germany in late August.


Although the band currently have no UK dates scheduled, their American Idiot musical will tour later this year. The musical will be in the UK for three months, ending up with a two-week run at London's HMV Hammersmith Apollo in December.
Posted by The Tube at 13:52