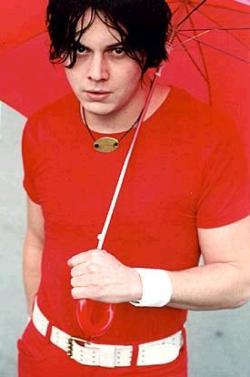 Jack White has said that he misses being a part of The White Stripes.

Set to release his debut solo album, 'Blunderbuss' on April 23, White said that band's split wasn't up to him alone and that if he had the chance, he'd "make a White Stripes record right now." Speaking to the New York Times, White said:I'd be in The White Stripes for the rest of my life. That band is the most challenging, important, fulfilling thing ever to happen to me. I wish it was still here. It's something I really, really miss.

Jack White said that he spoke to drummer Meg White about the status of the band before they split. "There came a point where I said, 'If we’re not doing this, we need to put an end to it right now.' And that's what she wanted to do," he explained. "I don't know what her reasons are. Having a conversation with Meg, you don't really get any answers. I'm lucky that girl ever got onstage, so I’ll take what I can get."

He added: "Meg completely controlled the White Stripes. She's the most stubborn person I've ever met, and you don't even get to know the reasons."

Earlier this week Jack White premiered the strange video for his current single, 'Sixteen Saltines'. The video for the follow-up to White's debut solo single 'Love Interruption' is directed by AG Rojas and features children being tattooed, vicious looking dogs, a kid in a coffin and White himself tied up in the back seat of a car while someone dowses the vehicle with petrol.

Speaking to NME last month, White explained that there was "absolutely no chance" he would ever reform The White Stripes, adding that he would only consider it if he "went bankrupt".

Jack White is due to play his debut UK solo gigs in June, starting with a date at London's O2 Academy Brixton on June 21. A gig at the capital's HMV Hammersmith Apollo is scheduled for the following night (22), with a slot at Radio 1's Hackney Weekend (23-24) also pencilled in.