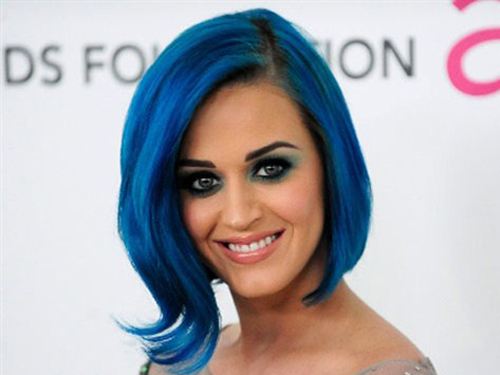 K-Pez has tweeted her Coachella look has been inspired by the 90's...

After Katy Perry Download teased her fans that she had completely changed up her hair last week, she went back to black ... sort of.
Perry debuted her much darker locks at the Coachella Festival over the weekend, ditching her neon-blue bob for a deep purple long and wavy style instead.
The Part Of Me singer even tweeted about her new look from the event, calling out the pop culture moments that inspired her outfits, which ranged from a long, see-through boho dress to a goth-inspired black dress, the latter of which she wore Friday.
She explained: "In honor of Friday the 13th The CRAFT is the inspiration for this evenings lewk ... #takemyscars #coachella."MTV
A day later she was seen wearing the transparent flock, stating on Twitter:" Today's lewk is sponsored by courtney love, virgin suicides & fern gully #nymph." 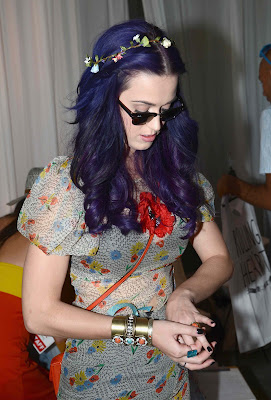 On Sunday, Perry once again tweeted: "Todays lewk is sponsored by hot topic meets twilight. #ashish." She was photographed in a short, bright floral print dress, ripped-up tights and clunky shoes.
Before she hit Coachella, Perry hinted she had every intention of looking to the '90s for inspiration for her style, writing: "Pretty stoked about my 90's The Craft meets Garbage meets Tank Girl meets early No Doubt meets Ty from Clueless lewk 4 dis wknd #ohmygoth."
Over the past 12 months, Perry has been particularly experimental with her hair colour, with her hairstylist Rita Hazan telling our US Team: "She's kind of this candy-coated sort of person. It's nice to see her experiment with different things."