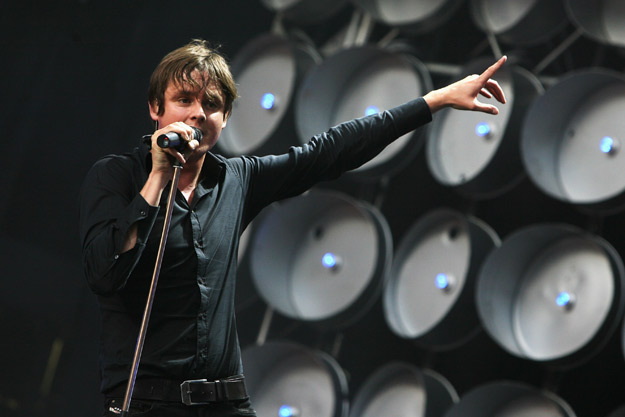 Keane
Following the synth-tinged sounds of previous album Perfect Symmetry, we breathed a rather large sigh of relief upon hearing the opening bars of Keane's latest single. That's not to say we're averse to bands Going Electro (far from it), but we prefer acts doing what they do best - and Keane's ear for a piano-led ditty has always been second to none.

"We were silenced by the night/ But you and I we're gonna rise again," Tom Chaplin sings over a sky-spiraling chorus of melancholy in his distinctively crisp tone, marking a return to the simple but striking compositions reminiscent of their early work. Many a fan will insist that Keane are at their finest when performing in an intimate venue, but this is a track few could deny will be best served in an arena.
Posted by The Tube at 14:02