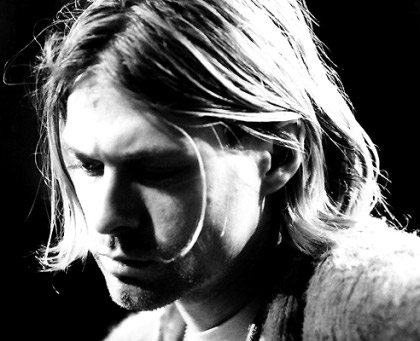 Former Hole guitarist Eric Erlandson has revealed that Nirvana frontman Kurt Cobain had recorded a whole album's worth of solo demos before he died in 1994, which no-one has ever heard.

Erlandson, who was speaking to US TV station Fuse, said that Cobain was heading in "a really cool direction" and that the solo album could have been the singer's 'White Album'.

Speaking about Cobain's solo album, Erlandson said: "He was headed in a direction that was really cool. It would have been his 'White Album'. That's really what he was going towards, a solo album but working with different people."NME

He continued: "I was really excited about some of the stuff he was working on. I got to see him play it in front of me. That's why I was really sad when he died. He was cut short. Who knows where this music would have gone?"

Then asked if he believed the demos would ever be released, Erlandson said he hoped so, but he had no control over whether they would be.

He said when asked if he thoughts the demos could be released: "I'm not in control of things. I just wish something would come together. I think the fans would be a lot happier. If nobody ever hears those songs, except for like three people, then that's the way it goes. I heard some talk about somebody putting together some raw, rough acoustic thing."

The guitarist also confirmed that the record contains one cover version, but would not say which one it was. He added: "There is one cover. I won’t say what it is. I don't own the stuff. I just hope that one day it will be released for fans. It’s just so heartbreaking. It’s not surprising. It’s a very sweet, just touching song."