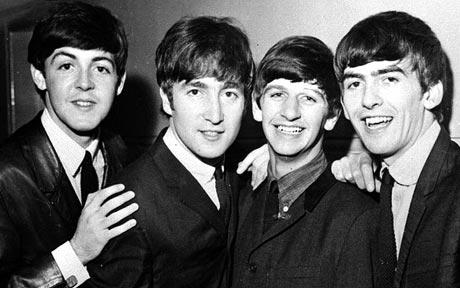 Beatles Liverpool's music scene was last night (April 27) celebrated at the inaugural Get Into This awards ceremony.

The GIT awards are the creation of local music blogger Peter Guy and have been dubbed the 'Scouse Mercury', after the Mercury Music Prize. The awards were open to all genres of music, but to qualify there had to be a Liverpool connection – either the record was made, recorded or produced by Liverpudlians.NME

The winners on the night were local band Loved Ones, who received a day's free recording time at the Sandhills Studio and will be added to the bill at next year's Liverpool Sound City and Liverpool Music Week.

Guy came up with the idea of having an awards ceremony in his hometown to showcase new, up-and-coming artists and musicians and prove there's more to the city than just being the birth place of The Beatles.

The twelve shortlisted acts – which included rapper Bang On and guitar band Mugstar – gathered at the Leaf venue in Merseyside. 10 of the nominees played sets throughout the night, including eventual winner Loved Ones.

Former The Coral guitarist Bill Ryder-Jones, who was nominated for the award, gave an exclusive preview of his latest film score on the night hosted by journalist and The Stone Roses biographer, John Robb.