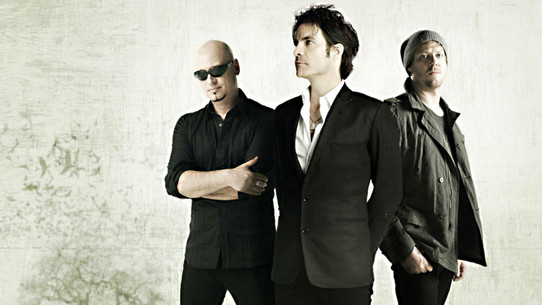 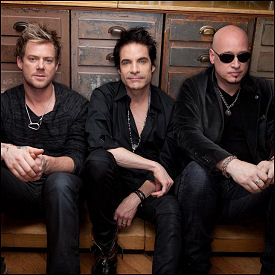 US roots-pop-rockers Train  Download ave maintained an impressive career, albeit one that appeared to be propped up by their omnipresent album of 2001, Drops of Jupiter. But the surprise runaway success of Hey, Soul Sister in 2009 and 2010 changed that, and the group is evidently reinvigorated, with sixth studio LP California 37 seeing them bravely playing with brand new territory.BBc

Thankfully, the tone changes pretty drastically with lead single Drive By, quite the departure with its speedy strum and vigorous bounce, a theme carried through to Mermaid and 50 Ways to Say Goodbye, both of which armed to the hilt with hefty hooks and mighty pop choruses.

As effective as these mammoth candyfloss choruses are, it doesn’t quite feel like the output of a US rock act on their sixth album. On one hand, kudos is due for tearing up the rulebook; but at the same time, it doesn’t quite click into place. You could just as easily imagine One Direction or Kelly Clarkson handling the same songs with the same arrangements.

It’s the more subdued offerings where the band excels: the sun-flecked ditty Sing Together is the paradigm of Train, but even the more atypical voyages within the ballad field prove successful. The laid-bare sentiment and shivering military beat of We Were Made for This are made all the more commanding when the track explodes into a screeching ocean of riffs.

The torrent of peculiar pop culture references are squirmingly bad – across the course of California 37, the nods stretch from Facebook to Lady Di, from the Grateful Dead to André the Giant. But, in a way, it’s strangely admirable. Train’s happy indifference is hard not to appreciate.

It’s an album of innocent excitement, showcasing Train’s wholly unpretentious approach and an evident passion for what they do. But California 37’s peculiar teenage stance offers as many toe-curling moments as it does pleasant surprises. Evolution is a great thing indeed, but it would benefit Train to accept that it usually works best when it actually moves forwards.
Posted by The Tube at 13:50