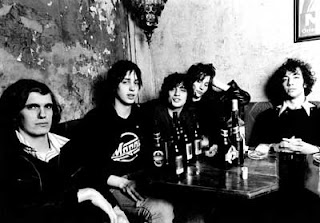 have started work on their next album, according to reports .

The band, who were last in the UK to headline last summer's Reading And Leeds Festivals, have been working on new material at the famous Electric Lady Studios in their home city of New York, Billboard reports.

According to the report, the band are working with producer Gus Oberg, who was at the controls for guitarist Albert Hammond Jnr's 2008 solo album 'Como Te Llama?' and also worked on the band's 2011 fourth album 'Angles'.NME

Speaking previously about the band's plans for their new album, bassist Nikolai Fraiture admitted relations were strained during the making of 'Angles'.

And although the five-piece are now apparently in a "good place", Fraiture admitted that not everyone in the band is contributing equally to the new material yet.

He said: "Some people are bringing in stuff, some are not. There aren't so many finished songs but we have many parts. We try putting them together like puzzles and making them stick."

Fraiture added that the sessions will only kick up a gear when everyone has the time to hit the studio together, commenting: "What we do on our own is not the same as what we do together. We're in a good place as a band right now. I feel like I'm at therapy in a marriage."
Posted by The Tube at 01:31