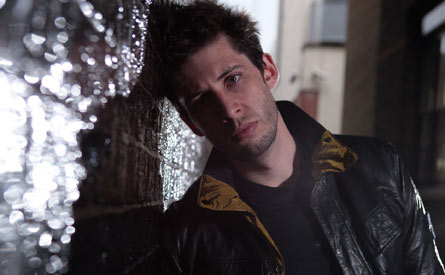 Example
Download revealed that 'Say Nothing' and 'Perfect Replacement' will receive their live debuts when he performs at V Festival on August 18 and 19. The rapper is currently shooting the video for 'Say Nothing' in the Spanish desert. Linking to an Instagram picture of the set's sunny location, he noted: "It's so hot here you could cook a steak on your own forehead."NME

'Say Nothing' will be the lead single from Example's upcoming fourth album, which he is hoping to release in October or November. Discussing the record in May, the rapper said: "It's going to be a rock album but produced electronically - every track's got huge guitar riffs. I'm pretty much singing and trying to do impressions of Pearl Jam and Foo Fighters."