Sixpence None the Richer' 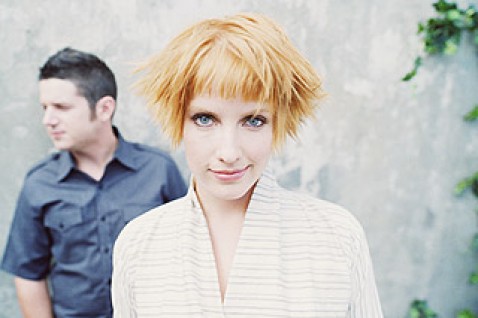 Sixpence None the Richer
Download past releases on labels such as Reprise and Nettwerk (which released Sixpence's 2008 Christmas album, "The Dawn of Grace"), the duo's now learning to navigate into the independent path.

"It's maybe even a state of mind, the independent route, and we're just really trying to get into that state of mind. For us, the opportunities we had at a certain time didn't put us in that vein and so we didn't get used to it," she says.

Despite the band's long journey to "Lost in Transition," the charm that made "Kiss Me" and their covers of Crowded House's "Don't Dream It's Over" and the La's' "There She Goes" hits hasn't faded. The group recorded the new album with producer Jim Scott, who helped Sixpence stick to an uncluttered, melody-driven palette.Billboard

"We wanted it to be really about the songs and voice and focus on that," Nash says.

While Slocum has been the group's primary songwriter, Nash herself penned a number of tracks on the new set, including "Sooner Than Later," a song about the loss of her father.

"I show up as a writer a little bit more than I have in the past," she says. "So we tried to make it kind of conversational in the layout of it, one song potentially being a response to the other, even if they weren't written that way."

And working with Scott was also an opportunity to hear stories about recording with Crowded House - though the producer did the band one better.

"Oh man, don't think we didn't ask him," Nash says. "We got to go with him to see… [the documentary "Seven Worlds Collide"] and Neil Finn was there. We got to meet him and take a picture with him, which was kind of a big deal for us."

The band's musical delays in recent years weren't wasted: Nash recorded an album of hymns, "Hymns & Sacred Songs," which was released in November 2011. With Sixpence's indie status in mind, she's also balanced family life with catching up on the latest digital trends.