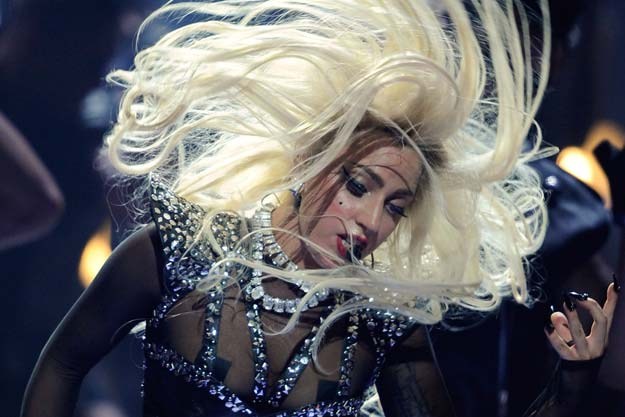 Lady Gaga
Download has announced that her third studio album will be titled 'ARTPOP'.

The singer, who is expected to release the album in early 2013, tweeted the title of her new LP over the weekend via a new tattooon her upper arm.

Writing about 'ARTPOP', the singer said that the title must all be written in capital letters and described it as an "album/project". She wrote: "Make sure when writing about my new album/project ARTPOP that you CAPITALIZE the title it's all in the details."

Gaga is currently in the middle of her 'Born This Way' ball world tour, which features 110 dates in all. The tour's European leg will begin again in Sofia, Bulgaria on August 14, before making its way to the UK for a pair of dates at Twickenham on September 8 and 9 and a third show at the Manchester Arena on September 11.NME

The singer announced last month that she will make her acting debut in a new Robert Rodriguez movie called Machete Kills.

The singer will play a character called 'La Chameleon' in the film, which is a sequel to Rodriguez's 2010 action exploitation movie Machete.
Posted by The Tube at 15:29